Okay, here's how this podcast works:

1) Check the episode title to see which movie we're watching together this month.

2) Pop that flick into your home entertainment player.

4) Start the podcast. Play the feature when we give you the go ahead.

5) Listen to us talk through the movie as you watch along.

Alex Paxton knows more about cinema than just about anyone we know. He reads -- and somehow retains -- every bit of information in the closing credits of the many, many films he sees, and he brings that knowledge to "Talking Pictures" each month. Alex is also one of the co-hosts of "That Movie Podcast: Film Talk Q&A" on the FASE Media Podcast Network.

Larry Duane is not even close to being the fount of cinematic knowlege that his co-host is, but he does have a great love for movies, and is always up-to-date on the latest spoilers, rumors, and news coming out of Hollywood. Thanks to certain entertainment databases on the web, he can also hold his own when it comes to movie trivia. Larry hosts "Not Ready For Radio" and is also the head of FASE Media.

Larry and Alex celebrate Christmas with an action-comedy set during this festive season, and featuring a number of things sure to land them on Santa's naughty list: guns, boobs, dead bodies, and digital dismemberment. Shane Black has a knack for writing excellent action-packed stories set during Christmas, and "Kiss Kiss Bang Bang" is no different, except that Black also made his directorial debut with this Robert Downey, Jr. / Val Kilmer vehicle. Tune in now to listen to the boys as they down eggnog and discuss one of their festive film favorites. 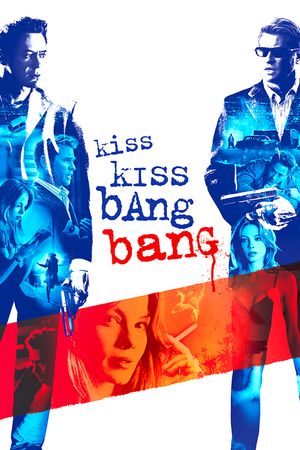 Thor (2011)Larry and Alex join Katie for a viewing of the God of Thunder's feature film debut in Marvel's "Thor"! This month's picture was all her idea, because she was super-excited about Chris Hemsworth's return to the silver screen as the Prince of Asgard in the sequel to this 2011 smash hit. So before rushing out to see the new movie, which they hope will be just as Thor-rific as this one, the gang gathers for a refresher on the Avenger's origin (or lack thereof, as the trio discuss in this episode). Wouldst thou join them? 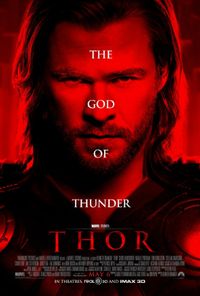 A Nightmare On Elm Street (1984)
Alex is out making a movie, so Drew, Ja'son, Melissa, and Katie sit in with Larry for October's "Talking Pictures" feature. Together, the group watch and discuss Wes Craven's 1984 horror classic, "A Nightmare On Elm Street". The movie that saved New Line Cinema and introduced the world to Freddy Krueger is one of the most well-known and respected of the genre, but half of the people at the table this month are seeing it for the first time, which makes for an interesting perspective on the film. Tune in now to join the gang for a fun discussion about the famous slasher flick, dreams and nightmares, special effects, and more. But, whatever you do, don't fall asleep! 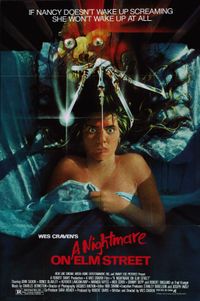 Alex and Larry reconvene once again, this time to watch the hilarious goofball golf comedy "Caddyshack". Bill Murray, Chevy Chase, Rodney Dangerfield, and Ted Knight are all at their best in this cult classic. In fact, they are so good that the guys end up doing more watching and laughing than talking (oops!). Still, though, they manage to offer some interesting tidbits about the film, and they had a pretty darn good time watching it. And, really, that's the point, right?

Gene Hackman, Bill Murray, Anjelica Huston, Danny Glover, Gwyneth Paltrow, Ben Stiller, Owen Wilson, and Luke Wilson star in this month's (obviously) star-studded "Talking Pictures" selection -- "The Royal Tenenbaums"! Join Alex and Larry as they watch one of Larry's top three comedies of all time, which also happens to be a somewhat touching (if pretentious) family drama about a bad dad's misguided attempt to reconnect with his family of spectacular has-beens.

There were two huge movies in the summer of 1977, and this episode of "Talking Pictures" sees Alex and Larry discussing the one that didn't introduce the world to lightsabers and Wookies. "Smokey and the Bandit" instead features a Playgirl icon in a fast car, a super-sexy Sally, a "Honeymooner" in hot pursuit, and a country music legend with a hound dog, all in an action-packed comedic plot about moving some Coors beer from one town to another. Also, as a follow-up to last month's feature, there's a little bit of "Man of Steel" talk thrown in for good measure. Enjoy!

In one of the most talkative "Talking Pictures" to date, Larry and Alex revisit the Man of Steel's first feature length adventure just in time for his most recent one, which is hitting screens this month. The pair discuss the hero's history (including the comic books, the tv shows, the cartoons, the movies, etc.), and they also share their hopes and expectations for the new film, all while still managing to comment on the film they are currently watching -- the Richard Donner-helmed "Superman: The Movie".

With a new "Star Trek" film arriving in theaters this month, it seems like the ideal time to revisit the franchise's glorious past with a "Talking Pictures" double feature of "Space Seed" from the original series, and "Star Trek II: The Wrath of Khan". Both of these classic voyages of the Starship Enterprise feature Kirk and crew in a showdown with Ricardo Montalban's villainous Khan. Grab yourself a glass of Romulan Ale, and join Alex and Larry as they learn that the needs of the many outweigh the needs of Spock!

This month on "Talking Pictures", Alex brings a really funny flick to the show: Mel Brooks' "The Producers". Larry hasn't seen it in ages, so he gets kinda wrapped up in the comedy and forgets that they're recording, but some interesting tidbits are nonetheless discussed between the hosts. A few odd tangents are taken, as well. Grab a copy of this classic movie, pop it into your player, and tune in to the podcast to laugh along!

Larry needs to cleanse his pallette after watching a pretty terrible action film in theaters recently, so he and Alex sit down to take in a pretty great action movie from the 1990's: "The Fugitive". Harrison Ford stars as the falsely-accussed Dr. Richard Kimble, with Tommy Lee Jones' Sam Gerard hot on his freshly-escaped-from-prison ass. You'll have to forgive our hosts for letting the conversation wane a bit towards the end of the episode; they kinda got sucked in by this terrific flick.

The month of February provides an excellent opportunity for Larry and Alex to open their hearts and once again profess their love for classic horror films. With lights dimmed, palms sweaty, and hearts racing, the pair indulge in the special edition of "My Bloody Valentine". Join the movie-lovers as they revisit the story of a mining town's Valentine's Day dance gone very, very badly.

Your heroes assemble once again to watch and discuss one of their favorite flicks, and this time they are taking in the biggest box office hit of the past year! Join Larry and Alex as they discuss their opinions on the Marvel team up movie which brings together Captain America, Thor, Hulk, Iron Man, Black Widow, Hawkeye, Nick Fury, and Phil Coulson to deliver justice to the bad guys. The conversation also veers off into rumor territory with the latest rumblings about some DC superheroes, and Marvel's next planned superhero team movie.

Alex, Larry, Krabby Katie, Quincy, and other FASE Media friends are present for this holiday episode of "Talking Pictures". This time, the group is watching (some for the first time!) that movie-marathon classic: "A Christmas Story". So spike your cider, find a basic cable channel airing the flick, mute your television, and listen to the festive FASE Media crew as they watch the fudge out of this movie (only we didn't say "fudge").

Join Alex and Larry for their viewing of Rankin-Bass' "Rudolph the Red-Nosed Reindeer". Some interesting facts about the holiday special are discussed, speculations are made about Hermey the Elf's desire to be a... dentist, and it's revealed that the misfit toys don't only have mere physical abnormalities.

Larry Duane, Krabby Katie, Jay, and little Ashley watch and talk about the Rankin-Bass Christmas classic "Frosty the Snowman". The group decides that Frosty would be terrifying in the real world, and that the snowman is a pretty irresponsible babysitter. Also, the pizza guy arrives during the recording and makes fun of Katie's festive flair.

The first of four holiday specials recorded at the FASE Media Christmas party in 2012, "Mr. Magoo's Christmas Carol" (a Rankin-Bass animated feature from the 60's) gets the "Talking Pictures treatment thanks to Larry Duane, Alex Paxton, Krabby Katie, and a roomful of festive friends.

Alex and Larry celebrate Thanksgiving with their friends Gabe and Scott, and also with Neal Page and Del Griffith with this month's movie: "Planes, Trains, and Automobiles". This flick, starring John Candy and Steve Martin, is no turkey, and those gathered at the table are thankful for the belly full of laughs it provides.

The FASE Media Podcasters have all come home for this month's viewing of John Carpenter's "Halloween". Larry Duane, Krabby Katie, Quincy Brown and Alex Paxton gather to watch and discuss the movie that introduced the world to babysitter-stalker Michael Myers, and to his over-worked psychiatrist, Dr. Loomis. Join us for this bloody good episode of "Talking Pictures"!

For this month's roller-derby-themed flick, Larry Duane (Not Ready For Radio) and Alex Paxton (That Movie Podcast: Film Talk Q&A) are joined by a couple of derby girls from the Kansas City Roller Warriors. The group laces up their quads for a lap around 1972's "Kansas City Bomber", a classic of the roller derby genre (if there exists such a thing) starring the lovely Raquel Welch as underdog jammer K.C. Carr from K.C., MO.

Commentators are in short supply this month, but Larry Duane (Not Ready For Radio) and Alex Paxton (That Movie Podcast: Film Talk Q&A) have got you covered. The pair settle in to enjoy what Alex refers to as "the godfather of vengeful vet movies": James Glickenhaus' 1980 grindhouse classic, "The Exterminator".

Since we're in the middle of a hellishly hot summer, we thought we'd remind you to stay out of the water by watching Steven Spielberg's first blockbuster. This month's featured commentators are Drew Black (of the rock band Drew Black & Dirty Electric), Nat B., Alex Paxton (co-host of That Movie Podcast: Film Talk Q&A), Katie (of the Katie Gets Krabby podcast), and Larry Duane (from Not Ready For Radio).

Nat, Alex, and Larry (our commentators for this month's selection) celebrate the recent release of Ridley Scott's latest venture into the "Alien" universe by watching the film that started it all.